I’m probably writing this just because I started to really miss this delicatessen.

I spent four years living and studying in Karlovy Vary and as a student, you don’t really have that much money to spend on food – so you can be sure that this is really, really, cheap. And still, it is the most traditional (and, in my opinion, one of the most tasty) sweet snack or dessert you can get in this town well known for its spas and hot springs (not onsen everybody, a different kind of springs – you drink these), architecture and a lot of Russian clientele. Even Leo Tolstoy (or Лев Никола́евич Толсто́й in Russian) sent his very own character, Anna Karenina, here!

The town evolved in its very own specific way thanks to its history and Russian influence. Yes, I have to agree that probably every other jewelry shop there is secretly owned by some kind of mafia now, but still, the town looks so beautiful thanks to Russians too – probably most of the money spent on all the spectacular buildings and lovely architecture came from Russia.

But you didn’t come here to listen about history and architecture, right? You came here for…

Or “Original Czech Spa Round Wafers” 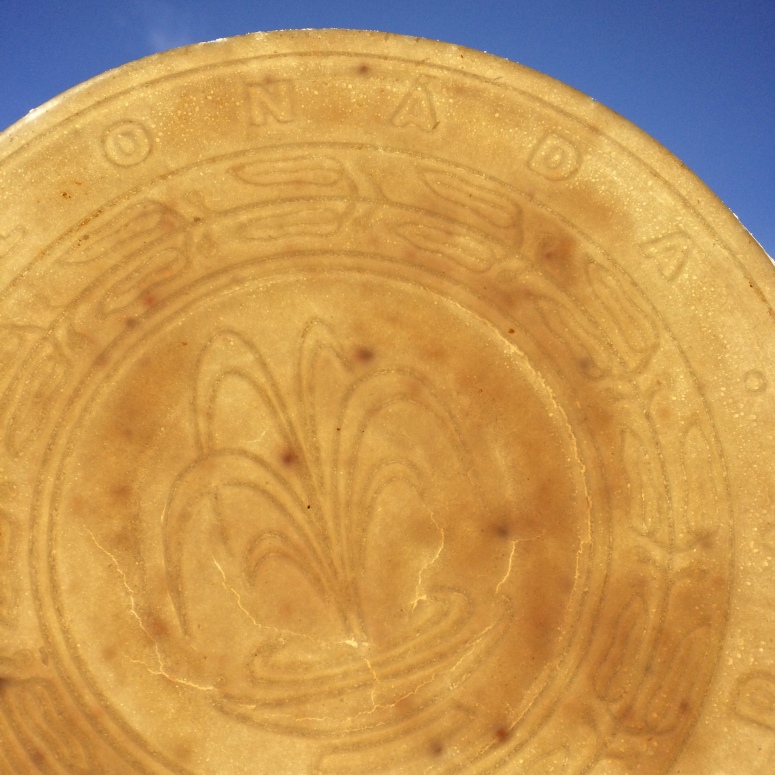 For only under 10 Czech Crowns (about $0,4), you can choose from a variety of different fillings and get them one by one in specialized shops located all around Karlovy Vary. You can choose if you want them as they are, or you can get them hot – and that’s exactly what I recommend!

The wafers are wrapped loosely and that allows them to get a bit soggy on the outside while staying nice and softly crunchy on the inside. The most traditional filling is probably a hazelnut-sugar-cinnamon filling but nowadays you can get them with lemon, almond, orange, coconut, probably some alcohol too, and all other kinds of fillings. I personally chose vanilla or hazelnut-sugar-cinnamon most of the times. 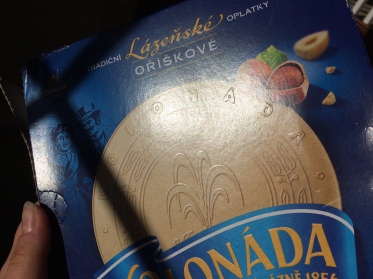 Now, let’s get to the hot part. Oh, that didn’t come out as I planned – to the part where they heat the wafers up for you. If you are willing to spend 30 more seconds in the shop (you can use this time to choose from endless amount of boxed wafers to bring home with you as this is one of the most traditional things you can bring to your home country from Karlovy Vary), they’ll heat your wafer not in a microwave, but between two round thingies that I don’t know how to describe. You can just watch the process as well, keeping an eye on the thingy with your wafer and seeing it rotate until it gets back to its original place – it’s done!

When the wafer is heated up, it becomes even more softly crunchy (I don’t know how else to describe the state), the taste of the filling stands out even more and the mild sweetness of the wafer gains a certain depth. IT IS JUST SO DELICIOUS!

Sorry, I got a bit carried away. (I think that after almost two years without these I started to have withdrawal symptoms.)

I wanted to say something more about them but I have nothing left to say, I’m just drooling onto my keyboard here right now (well, not literally, that would be pretty disgusting, but… you know…). So, what are you still waiting for? Book your flight to Czech and go visit Karlovy Vary! Who cares about the architecture, you need to go there to try these wafers! Well… you can also go see the town later too, of course. BUT THE WAFERS!

No, no, no, I should really stop here and leave it to you. Have a great day (would be even better with the wafers)!

Hope to see you back here soon (after you try the wafers and come thank me here).

(Seriously, you need to try the wafers.)

4 thoughts on “The No.1 Thing to Eat in Karlovy Vary, Czech Republic”