I know this – I would be the one old lady who collects different parts of plants by the moonlight, always says these wise things nobody really understands, heals the wounded, and sways with the ocean waves. (And who doesn’t care in the slightest about the social status of women back then, apparently.)

It takes about three attempts for me to successfully leave the airport. I find a hardware store and get some fuel so that I can cook my food – of course, I couldn’t pack that, bringing a gas can on the board of an aeroplane is generally a bad idea. Soon enough, I’m on my way to the past. 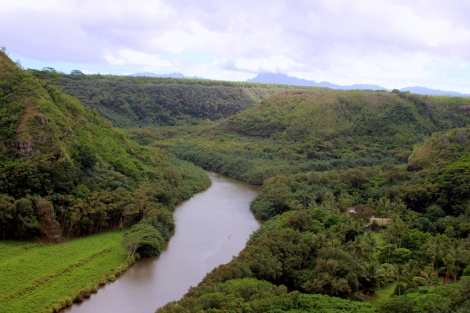 Kamokila Hawaiian Village was build in a place where an actual traditional village once stood. Hidden in a small valley by the Wailua river, the village was built by a family living on Kauai. According to their words, they want to give the visitors an opportunity to learn about how early Hawaiian people lived, and how the society back then looked like.

They had the opportunity to share their work not only to the visitors who come here from around the world; the village made its appearance in 1995’s  “Outbreak”, a movie by Dustin Hoffman and Rene Russo.

There are 14 structures altogether in this village, amongst those you can find a chief’s house, a hula house, or a canoe house.

In a traditional Hawaiian village, the most important building was the Heiau – the temple. There were two main types of these – dedicated to war of agriculture. Everyone could come to the ceremonies at mapele – the (agriculture) temples dedicated to Lono. It was different with luakini, the war-oriented ones which were accessible only to chiefs of high importance, the ali’i (king), and the Kū priests kahuna.

Hale ali’i, or, in our case, hale ali’i ākoakoa,  is a chief’s house or chief’s assembly house. The chief lived in hale ali’i and held meetings for the lesser chiefs there. Women and children couldn’t enter this house, in front of which kahili (feather standards) stood. 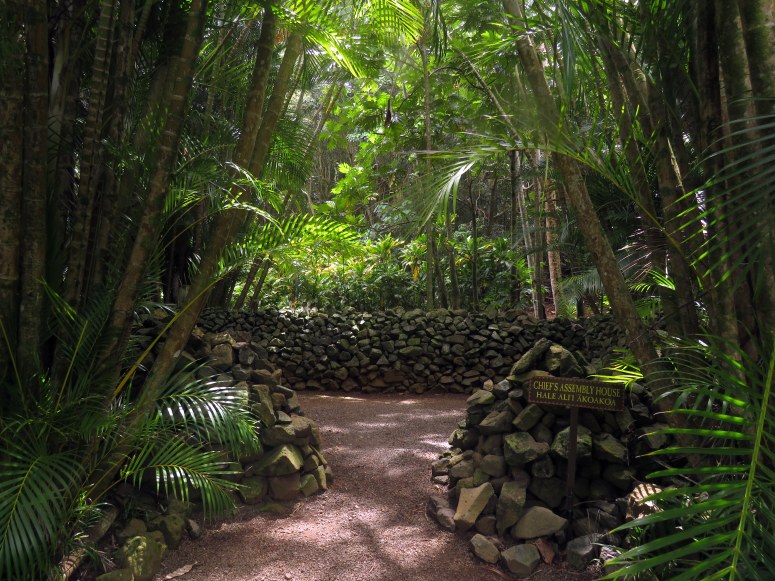 Let’s get to the canoes that were stored and built in hale wa’a. This house also served as a place to keep the logs that were to be made into the canoes. Hale wa’as were built along rivers or beaches.

Pahu drums, used during hula activities, were kept in hale pahu. Hula had a religious meaning to it – honoring goddess Laka.

Hale mua was the place where men ate their meals. Women were forbidden to eat together with men for the fear that they could steal the men’s mana (spirit). Stone idols of ‘aumakua (ancestral gods) were also carved in this house, making it into a sacred place. 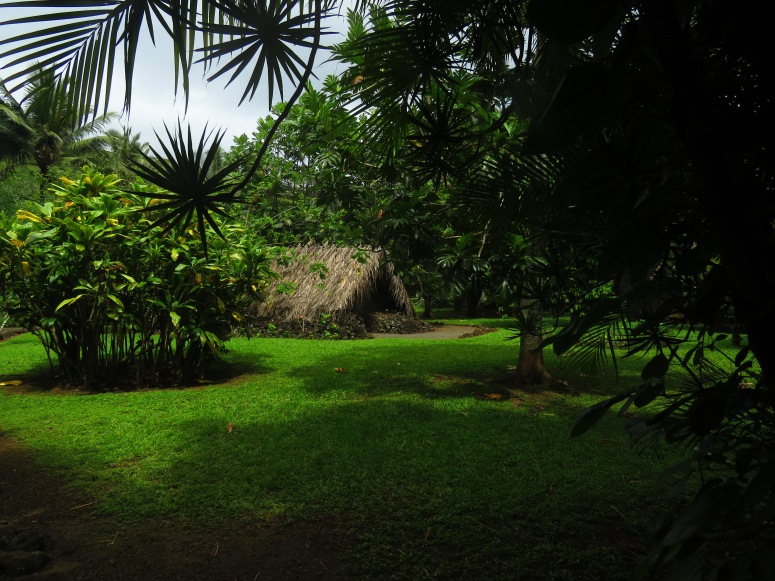 Fishing was an important source of food. Hale lawai’a were built on the beaches, sheltering the nets and other fishing equipment. Hawaiians made nets using ropes which were made using coconut husks. Pig, dog, and human bones were used to make fish hooks and altogether, the items in hale lawai’a were some of the most valued items in the village.

Baskets, fans, and other woven items were made by women in hale ulana. Dried pandanus leaves, lauhala, were used to make these.

The peoples lived in hale noho. These houses were where Hawaiian families slept, typical family units.

Pua’a (pork), and other meals were cooked in imu. Imu is an earth oven, shared by the entire community, but it was only men who could cook in it. 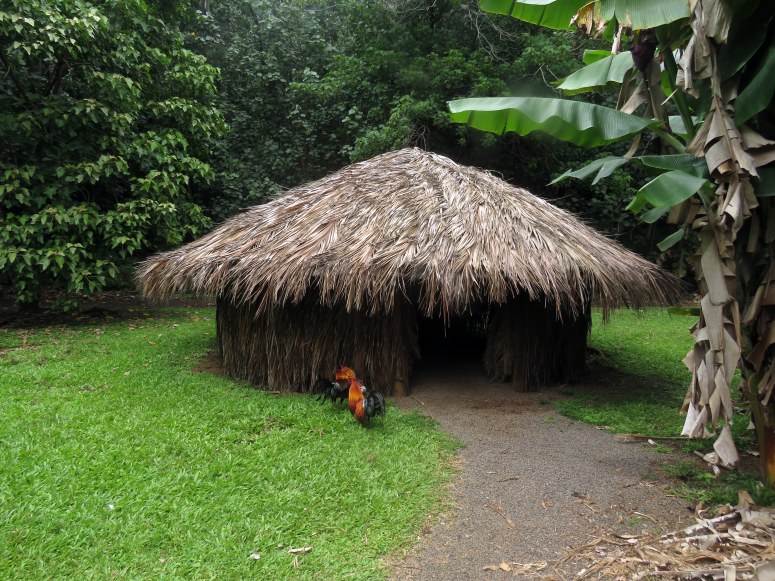 These are some of the buildings you can find in a traditional Hawaiian village. Kamikola is a very welcoming one, with nice people and very easily understandable self-guided tours. I really enjoyed this place and the calm there. Although the road leading here is really… interesting (don’t go there during rain season without a four-wheel drive), leading you down the steep hill and being so narrow in places that if you meet another car there, one of you has to back up to a wider part of it.

You can get to the village from Kuamoo road, the road leading you there turns left (if you’re coming from the airport side) across from the Opaeka’a Falls lookout.

The previous Searching-the-Aloha article is HERE.

You can find all the previous (and the ones that are to follow) posts from Hawaii HERE.

And have a day full of wonder! 🙂

(Also, if you feel like it, you can follow my blog so you won’t miss any of the following Hawai’i articles!)