When I was on the Island of Hawai’i, I stopped in Liliuokalani Park and Gardens to pass the remaining time of daylight, before embarking on my way to visit the volcano. But as much as I thought it was going to be just a visit to the gardens, it became so much more.

After the sun has disappeared from the sky, a whole new world has opened before me, the light, as well as time, rippling in the same rhythm as the water flooding a part of the gardens. The birds’ songs changed and even the voices of the very few people walking through the gardens sounded like if coming from somewhere far away. Everything felt like if slowed down – even my own mind – and I became aware of not being fully able to control my own body, like if I was connected to it only via a phone call and the service wasn’t really that great, cutting my commands and requests short, interrupting my sentences in half.

And as I wandered around, my feet started to get all wet and cold while walking through the water, creating even more ripples, I might have as well passed some of the fine lines between what we call reality and some other, distant place, the reflection in the mirror of water more real than what I saw through the air I was breathing.

Later on, when I have arrived at the volcano, still in this strange state of mind, it became clear I really must have crossed some line because what I saw must have been completely out of this world. But that is a whole new story. 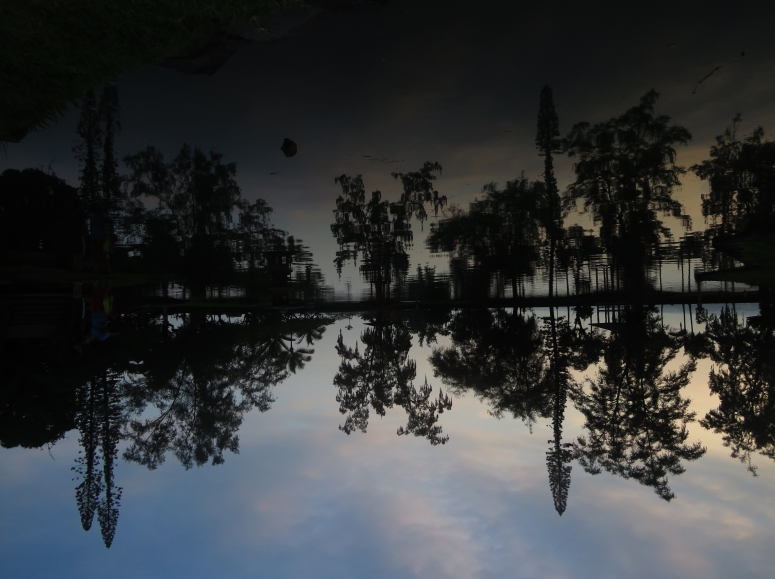 If you’d like to read about my Hawaiian adventure, you can do so HERE. 🙂